I was thrilled to be asked to participate in the Pilcrow Lit Fest this year by fellow Chicago author Amy Guth and festival media director Leah Jones. Pilcrow is an annual festival that takes place over a number of nights and venues highlighting the work of independent writers, poets, editors, publishers, and book designers. 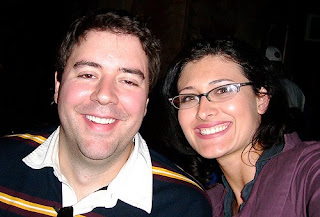 I went to the opening night cocktails at Matilda's/Baby Atlas on Sheffield last night, which was a really cozy and friendly venue for the event, and had the opportunity to meet some interesting local writers, editors, designers, and fans. 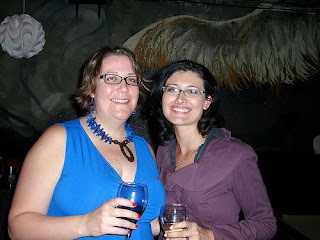 This is by no means an exhaustive list but I had the fortune to meet Chicago native and writer June Blazek who just graduated from DePaul and is working on a new book. June will be moderating the panel on Saturday about giving public readings. I also ran across Greg Hartel, owner of the very cool coffee shop The Fixx who clued me into the local Chicago horror/speculative group Twilight Tales. Twilight Tales has been publishing online and in print for a number of years and also has regular reading events at some of Chicago's classic pubs and venues. 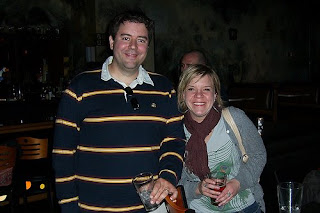 Tonight will be my first trip to see Reading Under the Influence, which if it's half as good as people say will be a blast. Fun random fact: Reading Under the Influence was co-founded by Chicagoan Joe Meno, who among other things was the book review editor for Punk Planet Magazine when Silverthought: Ignition was reviewed there by another local Chicago Person of Coolness, Ari Joffe.

I'm also hoping to head over to The Book Cellar on my way to RUI tonight to visit. They're the official bookstore for Pilcrow and by all accounts a terrific indie bookstore.
Labels: Press